Home » ’14 years imprisonment for not having NIN’: Pantami says he was misquoted 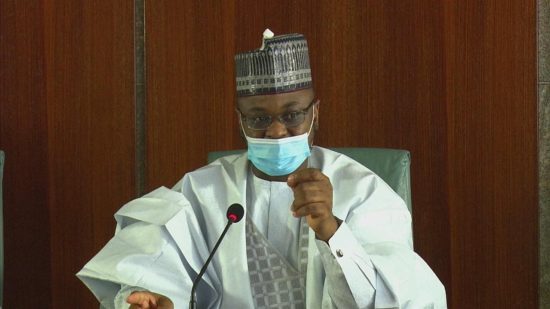 Isa Pantami, Minister for Communication and Digital Economy, has denied saying that Nigerians without National Identification Number (NIN) risk up to 14 years in jail.

He was quoted earlier in a report warning that failure to obtain the NIN could lead to as much as 14 years imprisonment.

….registration for NIN is not optional, but a mandate by law, warning that failure to enroll precludes defaulting citizens and residents from operating certain functions like using banks and communication services.

He also warned that failure to obtain the NIN could lead to between seven or 14 years imprisonment as stipulated by the Nigerian Constitution, no one should enjoy government services without the number.

He has now offered clarifications.

This has been quoted out of context. Pantami has not mentioned “14 years imprisonment.” But said NIMC has been 14 years in existence, since 2007. Since the session has been recorded by journalists. It is better to release the video for public to listen to it, please. Best wishes!