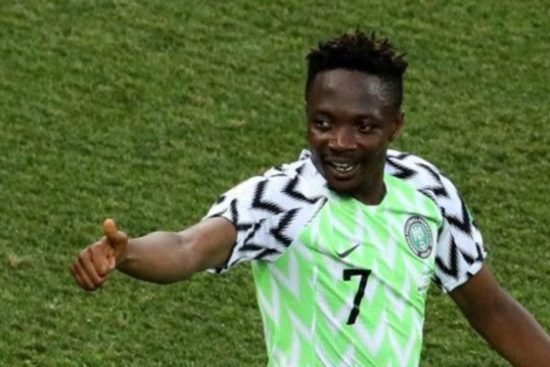 Super Eagles of Nigeria captain, Ahmed Musa has rejoined his boyhood club Kano Pillars for a second stint until the end of the season.

The former Leicester City and CSKA Moscow winger, 28,  has been a free agent since parting ways with Saudi Pro League side Al Nassr in October.

His return to Sai Masu Gida comes nearly a decade after he first left the club to join VVV Venlo in Netherland in 2011.

“Musa previously played for the Pride of Kano in 2009 where he ended the season as the top scorer in the Nigeria Professional Football League with 18 goals before moving to VVV-Venlo in the Netherlands.”

According to Kano Pillars, the deal to have Musa back was agreed upon after ‘due consultations’ with the player and the League Management Company ‘who stand as a mediator to the deal’.

Like Loading...
READ More  Bobrisky reacts after being called out for beating up Ivorian lady that tattooed his name
WATCH THIS VIDEO NOW AND SEE