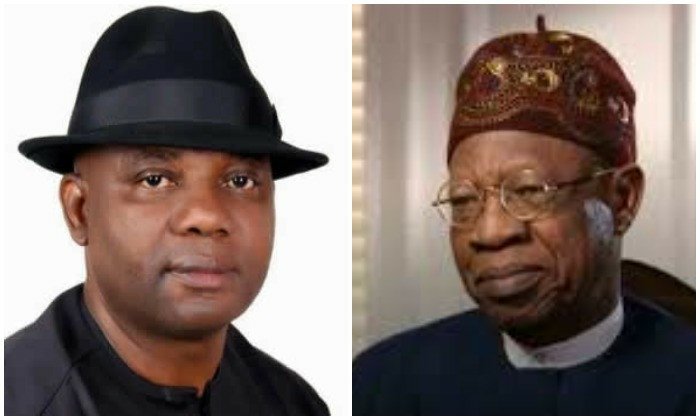 Recall that Mohammed in his response to Nabena’s earlier comment, had questioned the legitimacy of his (Nabena) position in the ruling party and described him as an impostor.

However in a statement released on Wednesday February 17, Nabena described Lai Mohammed as a ”failure.”

The APC spokesperson who challenged Lai Mohammed to list his achievements in the last five years, stated that whatever the Minister says is considered a lie. He further described Mohammed as the imposter, while also questioning his relevance in Kwara State.

“Time has left Lai Mohammed behind and he can’t catch up with time.

“Whatever he says is considered as a lie. If not, Lai should tell Nigerians what has been his contributions in the last five years.

“At the right time, Lai Mohammed and his gang will be exposed and Nigerians will then know the real impostor, that time is sooner.”