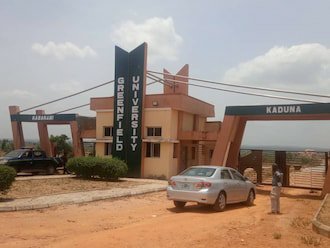 A report by Daily Nigerian indicates that armed bandits have shot dead three students of Greenfield University, who were recently abducted from their school premises.

The gunmen abducted the students during an attack on the private academic institution located along the Kaduna–Abuka highway in Chikun local government area of the state on the night of Tuesday, April 20.

This was revealed in a statement by Samuel Aruwan, the Kaduna state commissioner for internal security and home affairs, on Friday, April 23.

According to Aruwan, the bodies of the students were found on Friday, in Kwanan Bature village, a location close to the university.

Channels TV also reports that Governor Nasir El-Rufai has condemned the killing of the three students.

While decribing the tragic incident as sheer wickedness, El-Rufai said that the armed bandits must be fought at all cost for the wickedness they represent.

This development is coming a few days after the bandits behind the abduction reportedly contacted the parents and demanded a collective ransom of N800 million.

They threatened to kill the students if the ransom is not paid, noting that negotiation of the ransom was already ongoing.

A cousin to one of the kidnapped students, Georgina Stephen, confirmed the development.

According to her, the kidnappers have been beating the abducted students, insisting if the ransom is not paid they will kill all of them.

Like Loading...
READ More  $2m and N17m was stolen from my palace during the #EndSARS crisis – Oba Akiolu