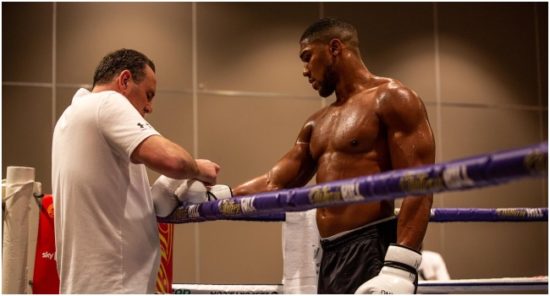 Discussions have been ongoing over the location and date for the fight but they have now been agreed, with Fury himself confirming the fight for August 14 on Sunday.

A summer bout was always expected as promoters Eddie Hearn and Frank Warren scrambled to reach agreements, and it is Saudi Arabia who will host.

Now that the announcement has been made for one of the biggest fights in boxing history, Fury has made his prediction for how the fight will go down.

He told his followers: “Got some massive news for you all.

“I’ve just got off the phone from Prince Khalid of Saudi Arabia, he’s told me this fight is 100 per cent on. August 14, in the summertime.

“And I cannot wait, repeat: cannot wait to smash Anthony Joshua on the biggest stage of all time.

“This is going to be the biggest sporting event ever to grace the planet earth. Do not miss it. All eyes on us.

Daily Star Sport understands the Gypsy King’s team are still awaiting documentation which guarantees the £108m site fee and when it will be paid for the undisputed heavyweight clash.

Saudi officials are hoping to build an outdoor stadium in Jeddah for the fight.

Eddie Hearn said earlier in the week: “You will get a different AJ in this build-up.

“He’s excited because he’s never really, apart from the Dillian Whyte fight, been in a trash-talk environment. He will enjoy it. AJ has got the bit between his teeth, goading him a bit. I’m sure these two DM each other, goading each other.

“I get DMs from Fury – sometimes pleasant, sometimes unpleasant!”

Before adding: “AJ will go to war with Fury.

“He has plans to absolutely demolish him. That’s what I believe he will do. In the meantime we will go through the build-up, which will be a lot of fun, before the biggest event of 2021.”