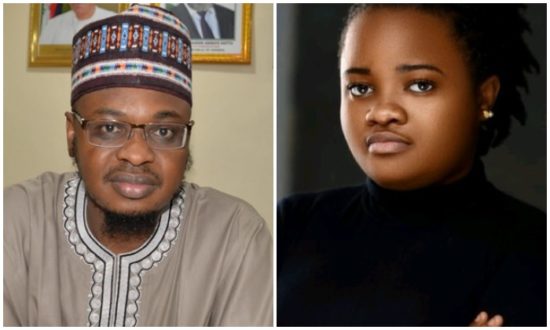 An #EndSARS campaigner, Rinu Oduala, has urged the Central Bank of Nigeria to freeze the bank accounts of the Minister of Communications and Digital Economy, Isa Pantami, over his past controversial comments supporting the activities of terrorist groups including Taliban and Al-Qaeda.

Pantami had since renounced his radical pro-terrorists comments, saying he now knows better but Nigerians have been unsparing and relentless in the call for the resignation or sacking of the minister.

Oduala, who tweeted via @SavvyRinu on Thursday, urged the CBN Governor, Godwin Emefiele to freeze Pantami’s accounts just as the apex bank swiftly froze the accounts of at least 20 #EndSARS promoters last year over terrorism-related allegations.

“Godwin Emefiele, when are you going to freeze the bank accounts of Isa Pantami?”

Godwin Emefiele, when are you going to freeze the bank accounts of Isa Pantanmi?

Like Loading...
READ More  I picked Senator Abaribe From the Gutter, Says Orji Uzor-Kalu
WATCH THIS VIDEO NOW AND SEE