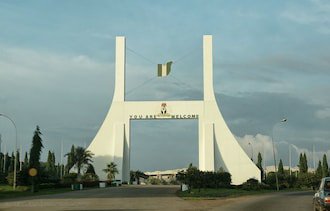 According to the newspaper, One Mr Salami Olalekan who is reportedly a member of staff of the Federal Capital Development Authority (FCTA) is among the kidnap victims.

It was learned that William Salami, an elder brother of the victim, said the kidnappers made a demand of N200 million, N50 million for each hostage.

“The kidnappers called once, asked for N50 million ransom for one person and when they came.
New development emerges as Sheik Gumi reveals why bandits may not drop their arms
“When they raided the houses, they did not carry any property, except a cooking pot, probably to be cooking in the bush.”
It was gathered that the other three victims are a motorcycle rider, a technician and a taxi driver.

The FCT police command has reportedly confirmed the development. ASP Miriam Yusuf, the command’s spokesperson, was quoted to have said:

“We have launched an operation to rescue the victims and apprehend the fleeing suspects.”