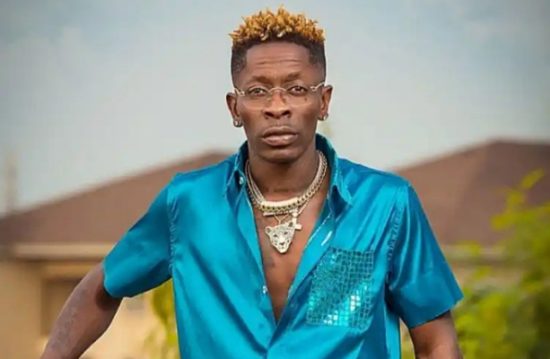 In a subtle attack, Shatta Wale accused Davido of flaunting his dad’s wealth and making people on social media believe it was his own money.

The Taking Over hitmaker said unlike Davido, he (Shatta Wale) was known to have made his own money and was spending it on his own terms.

Shatta Wale took to his Instagram Stories and wrote: “I don’t use my father’s money for hype I use my own to do my own real sh*t…Real hustlers are real money makers”

He added: “We started from the bottom now we here!!! The ting e-coil” and added some laughing emojis to it. 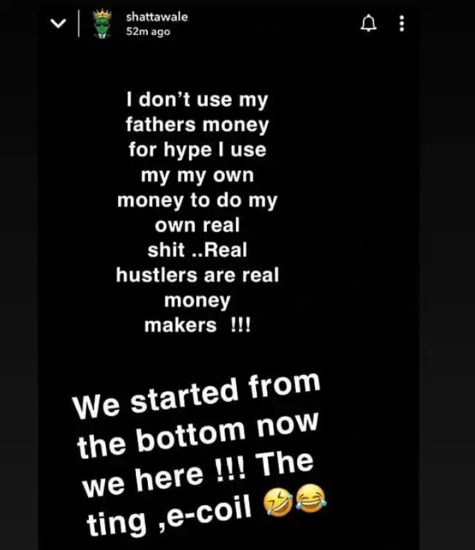 Shatta Wale’s recent post follows the Blow My Mind crooner’s acquisition of a sleek 2021 Rolls Royce edition which adds up to his fleet of luxurious cars.

Davido, in a number of social media posts, flaunted the plush car he paid for on the spot and was seen taking it for a spin.