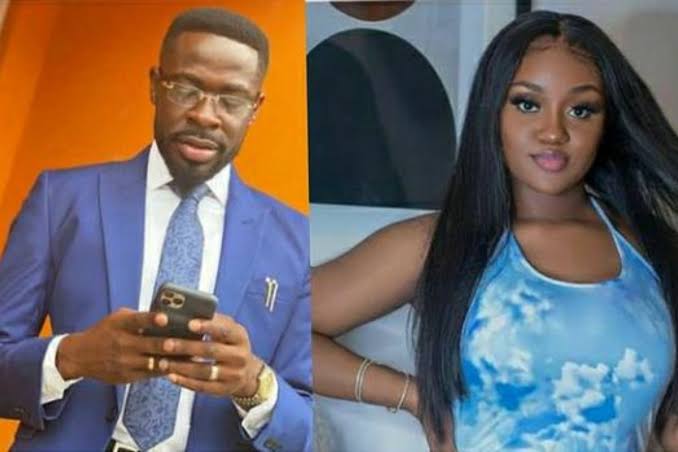 Davido’s lawyer Bobo Ajuda has disclosed what transpired between him and Davido’s ex-fiancee, Chioma that resulted in him being blocked by her on social media. 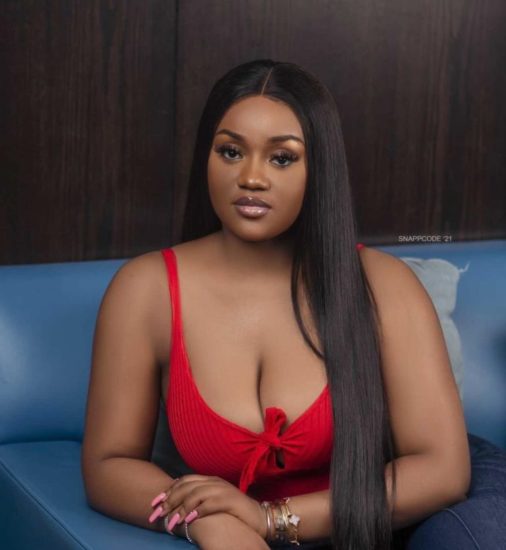 Ajuda hosted a question-and-answer session on his Instagram stories and encouraged his followers to ask him random questions about him as he is obliged to answer them all.

However, a follower had asked why Chioma had blocked him. He had revealed that he’s been blocked twice even though he took her as a sister.

Here’s what he revealed;

“She’s blocked me before like 2 to 3 times. We argue a lot but I come with a brother/sister relationship. She’s legit like a sister to me (when we are not fighting). This particular one, I’m not sure. Let’s hope I find out soon.

“The funny thing is whenever we fight and I report to David, he’s like ‘I beg you people shouldn’t involve me in your wahala. Sha finds way settle am, she’s your younger sister.” 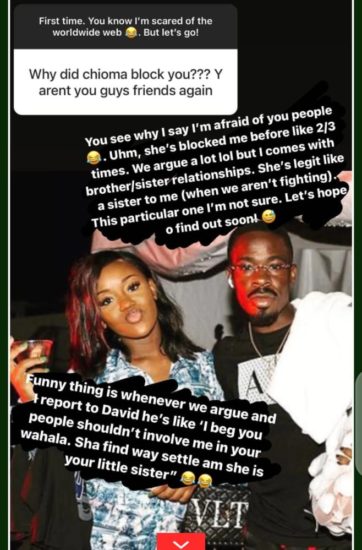