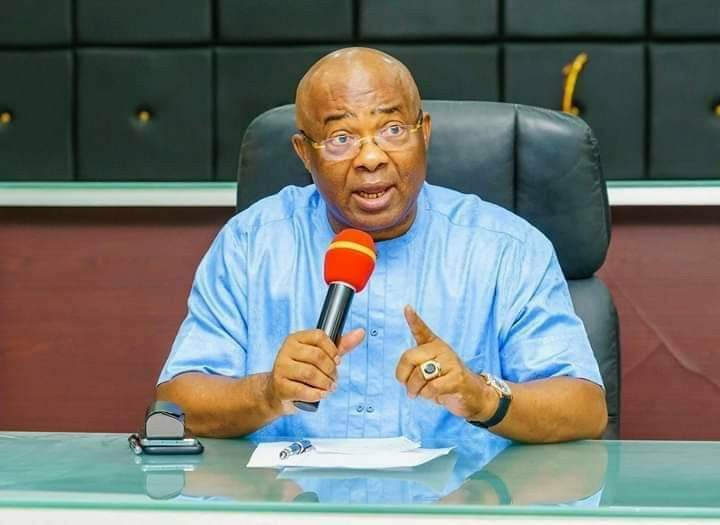 The Governor of Imo State, Hope Uzodinma, on Wednesday sacked 20 out of his 28 commissioners.
The governor had earlier alleged that some of his appointees were moles sabotaging his administration.

He also reshuffled his cabinet and appointed new Commissioners for Finance and Health.

In a statement by his Chief Press Secretary Nwachuku Oguwike, Gov Uzodinma said he wishes the affected appointees well in their future endeavours.

He also listed the eight commissioners not affected by the announcement to include; the ministries of Health, Youth and Sports, Tourism, Information and Strategy, Woman Affairs, Works, Finance and Technology.

“The Governor has relieved 20 commissioners of their duties leaving only eight persons behind.
The reason behind the new development is to infuse new blood and add more value to the governance system of the state.

Like Loading...
READ More  Photos of lions in OAU and UI zoos raise concerns
WATCH THIS VIDEO NOW AND SEE