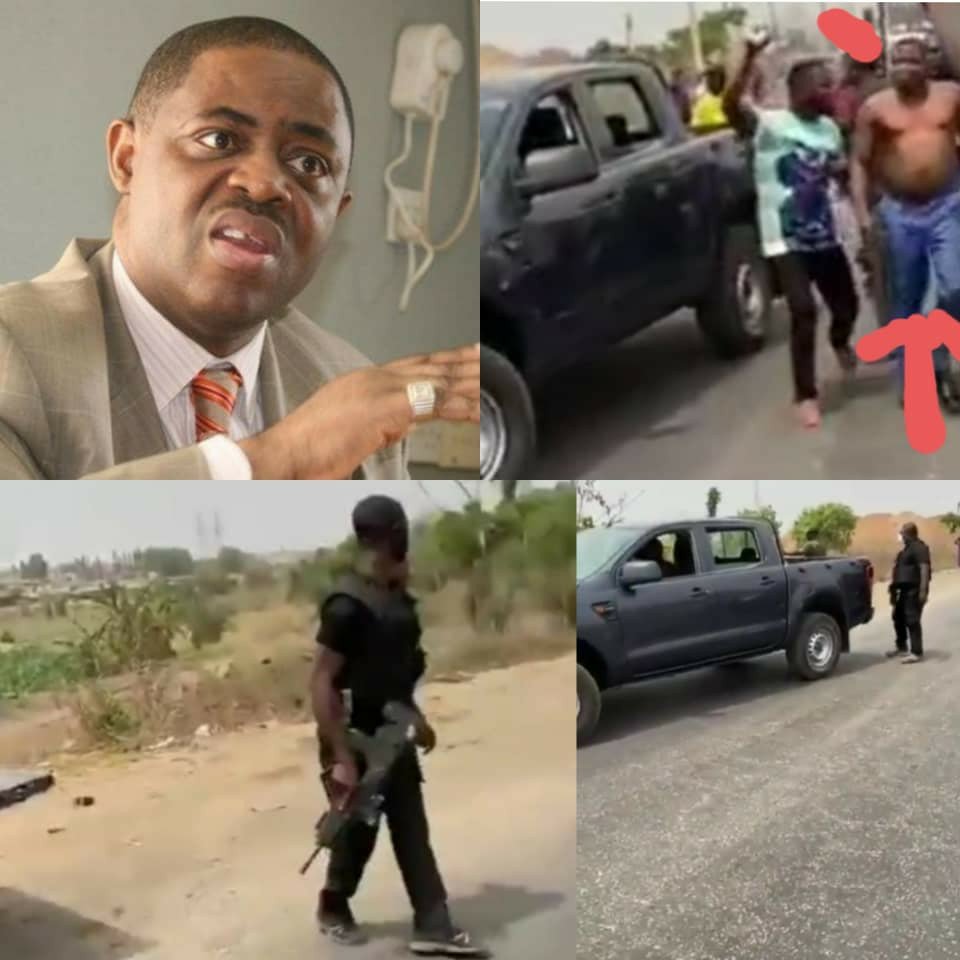 Femi Fani-Kayode has reacted to the attempted arrest of Yoruba activist, Sunday Igboho.

In a statement released on social media on Friday afternoon, February 26, FFK said it will be the biggest mistake of the government to ”kill or detain” Sunday Igboho. According to FFK, he is not aware of any crime the activist has committed.

Read his statement below

”I just spoke to my brother Sunday Igboho. He told me there was a violent attempt to arrest him this afternoon by a joint team of soldiers, DSS operatives and policemen numbering about 40 on the Ibadan/Lagos Expressway whilst he was on his way to see Baba Ayo Adebanjo in Lagos.

I condemn this attempt to ambush and abduct him. It is not only reckless but also very dangerous.

If the security agencies want to see him all they need to do is to invite him to their office.

I am not aware of any crime that he has committed and I urge restraint on all sides.

Let me also send a warning to the FG that Sunday Igboho is a hero to millions of Yorubas and either killing him or detaining him unlawfully would be the biggest mistake they could make.

Building bridges, dialogue and the pursuit of peace is better than intimidation, threats, violence and war.

A word is enough for the wise.” 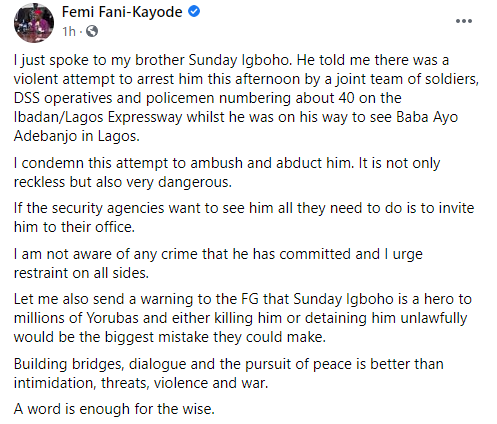