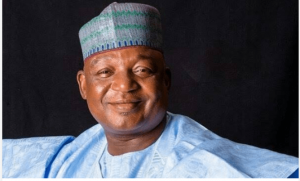 Solicitors of the Managing Director of Ataga Scan and Diagnosis, Dr. Philip A Ataga, have written to the Senator representing Kaduna South, Danjuma La’ah asking for payment of N1 million as payment for 2018 Constituency medical outreach.

In the letter addressed to Laah, in which a copy was obtained by LEADERSHIP, the lawyers said they have their client’s instruction to demand for the immediate payment of the sum of N1 million to their client within seven days.

The letter signed by the principal partner of Frank Akhareghemen & Co, Frank Arhareghemen, said: “We are solicitors to Dr. Philip Ataga, Medical Director Ataga Scan and Diagnosis Service Ltd Kaduna, hereinafter called out a client on whose behalf and instructions we write to you.

“It is our brief that you approached our client sometimes in 2018, to carry out medical out-reach at two local Government in Kaduna State. That the medical out-reach was to carry-out test for hepatitis B&C with vaccination and
referral for those with advance
diseases.

“That your instruction was specifically for Jama’a and Kachia Local Government with an understanding agreement that you will pay our client the sum of Two Million Naira (N2,000,O00.00) for
same.

“Our client further informed us that the tests, vaccinations, and referrals were for a target population of one thousand persons for each local government.

“That the testings vaccinations and referrals were done in your Senatorial zone to enhance your PDP primaries for the senatorial election.

“That after the completion of the medical outreach in the local governments, you pleaded with our client to also repeat the similar exercise with his medical team at the flag-off of your electioneering campaign at Kagarko Local Government.
That at the flag-off of your electioneering at Kagarko Local Government, our client with his medical team tested over four
a thousand persons for Hepatitis B&C, while those with negative were vaccinated with medical advice and those with advanced diseases, were given referrals,” the letter said.

“That it was after two months of the completion of the outreach that you were able to pay our client N1 million only out of the agreed sum of N2 million leaving an outstanding balance of N1 million unpaid despite repeated attempts to reach and appeal to you to pay your debt, a debt incurred from our help to package your success,” the letter added.

The lawyers who said the Senator failed to pay the remaining N1 million despite completion of the medical outreach over two years ago, that the Senator has failed, ignored, and refused to pay the outstanding balance to their client.

“We have our client’s instruction to demand the immediate payment of the sum of One Million Naira to our client or us within seven (7) days from the date of receipt of this letter.

“Take note, if you fail to comply with our demand, we shall proceed to institute legal actions and stress the civil and criminal limbs of your action without further recourse to you,” the statement added.