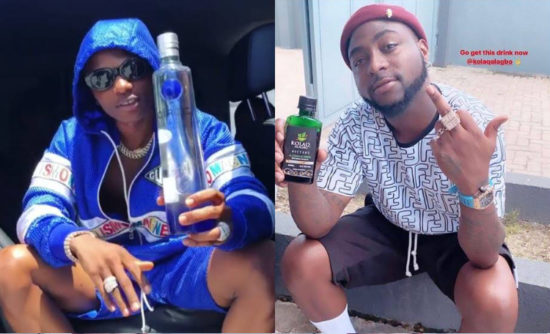 A Nigerian man who seems to have a lot of time on his hands has compared the endorsement deals of Davido and Wizkid just to shade Davido.

The man in a thread of tweet shared some various endorsement deals of Davido and Wizkid as he compares them indirectly trying to show that Wizkid is far ahead of Davdio when it comes to endorsements.

Comparing the endorsement of these two isn’t necessary as it will only generate a fight between their fans online but this guy took the time to show off that Wizkid has better endorsements than Davdio.

Wizkid has endorsement with well renowned organizations and companies whereas Davido has most of his endorsements with new companies to help them grow.

The competition between Wizkid and Davido is so hectic and their fans are not making thing easy as they always compare them and end up fighting each other on social media just because of the two.

Wizkid and Davido are some people who hardly react to things online or debunk rumors about them hence it’s difficult for them to call their fans to order on social media and this comparison is going to spark another debate.

Like Loading...
READ More  Kswag Shares A Shocking Pics Of Himself & Crayon
WATCH THIS VIDEO NOW AND SEE