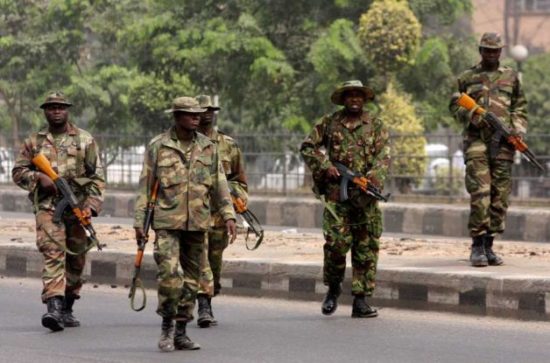 The ruling All Progressives Congress has warned Nigerian youths to not allow themselves to be used as tools in a war against any tribe or community in Nigeria.

The party said this in a post on Twitter accompanied by photos of a Commander of the Indigenous People of Biafra, Ikonso, who was killed yesterday during an operation involving the police, army and the Department of State Services.

One of the photos showed Ikonso’s dead body wearing a vest made of leather and cowries that appears to be a form of protection.

In the caption, the APC warned youths not to rely on the protection provided by native doctors because they cannot protect them from military technology.

“Dear Nigerian youth. Don’t allow anyone to send you to war with another Nigerian, community, state or tribe. Those things native doctors would give you cannot protect you. Military technology of today is beyond our native doctors who have not made any advancement in 100yrs!” the party tweeted.

“War destroys communities and families and often disrupts the development of the social and economic fabric of nations. The effects of war include long-term physical and psychological harm to children and adults, as well as reduction in material and human capital.