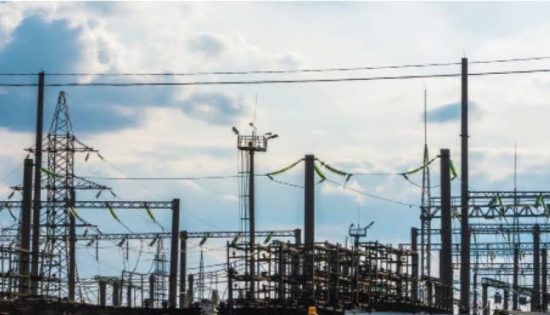 Bandits operating in over 50 communities in Niger State, may take over the control of Shiroro Power station, located in Shiroro Local Government Area of the North Central State, lawmakers have warned.

Ordia was attacked twice by suspected bandits last week while returning to Abuja from Edo State. The two attacks reportedly happend in Kogi State and Abaji area of the Federal Capital Territory, Abuja.

The Minority Caucus, while lamenting the security situation in the country, revealed that bandits were at the verge of taking control of Shiroro Power station and may shutdown or blow up the facility.

The Shiroro Power station is a hydroelectric power plant on the Kaduna River in Niger State. It has a power generating capacity of 600 megawatts (800,000 hp) enough to power over 404,000 homes.

It contributes a significant megawatts to the national grid and supplies power to many states in North Central and North Western parts of the country. “The security situation is now very bad. Bandits may take over Shiroro Power Station. They may take over and blow up the place if the government doesn’t do the needful. That’s more trouble for us. It has never been this bad,” Abaribe said during the visit. Only a fortnight ago, Governor Abubakar Bello of Niger State, warned that Boko Haram had already infiltrated the state and had not only hoisted their flags in captured villages, including Kaure Village in the Shiroro Local Government of the state, but had also forcefully allocated displaced women to themselves as wives.

Speaking on the security situation in Nigeria, Abaribe said: “It happens. It happened to me in the East and my policeman was killed. These bandits are sophisticated. Abuja to Lokoja is a death trap. If it were to be in another country, they would have set a trap for these bandits. But we are different in Nigeria.

“Its unfortunate that APC came into power. If APC had not come in, Jonathan’s Government would have handled the insecurity problem. Nigeria is in too much trouble. We have to do everything to salvage the situation. We need to meet as a minority and decide on how to handle certain issues like Electoral Amendment Bill.

“We don’t want to fall into any trap. Let’s learn lessons from it. It’s obvious that traveling by road is now dangerous. No matter what you do, you must use the road. We need to continue to shout. If we stop, the rest of the country will feel despondent.”

Ordia while speaking on his ordeal, said something urgent needs to be done to salvage the situation and confront non-state actors threatening the peace of Nigeria.

When Daily Sun spoke with the Special Assistant, Media, to the Minister of Power, Mr Aaron Artimas, he said that the story was false because the minister has not shared it with him and he had not read it on all his platforms.

“Well, I am hearing this from you. I did not see it on my platforms today. Well, I don’t think it is true. Nobody has told me and the minister has not shared anything like that with me. I will find out and get back to you” he promised.