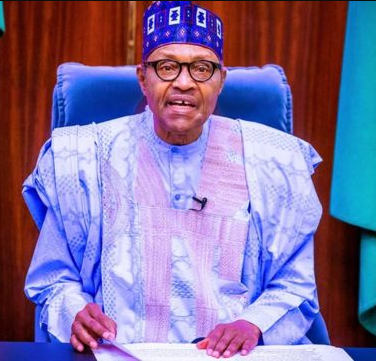 A report by Bloomberg indicates that unemployment in Nigeria surged to the second-highest on a global list of countries.

According to the report, the jobless rate in Nigeria rose to 33.3% in the three months through December 2020, according to a report published by the National Bureau of Statistics on its website on Monday, March 15.

That’s up from 27.1% in the second quarter of 2020, the last period for which the agency released labor-force statistics.

The report further revealed that a third of the 69.7 million-strong labour force in Nigeria either did nothing or worked for less than 20 hours a week, making them unemployed. 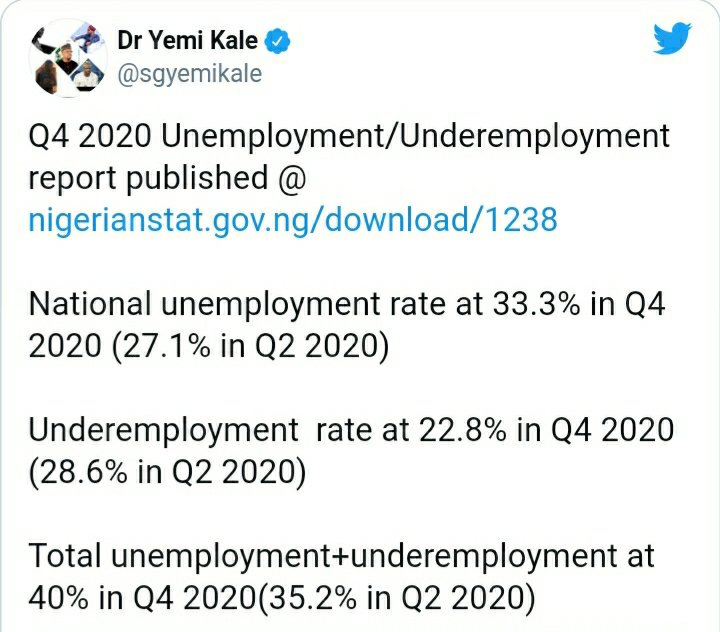 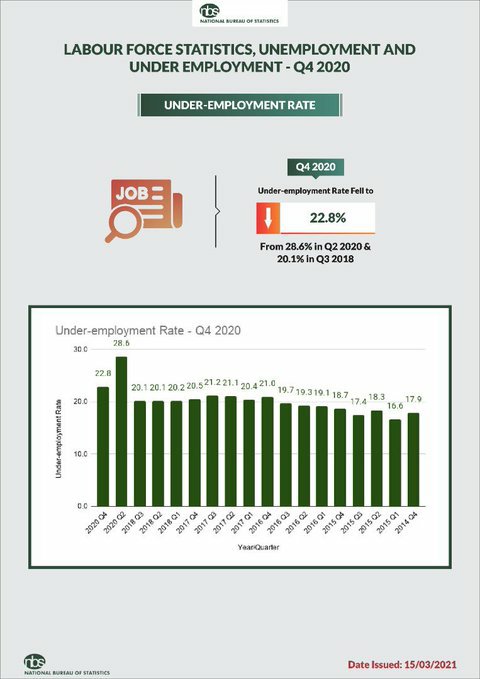 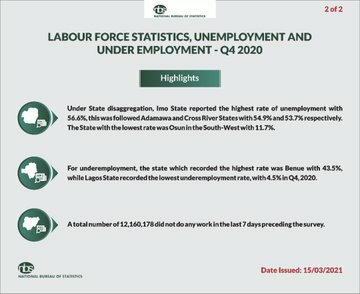 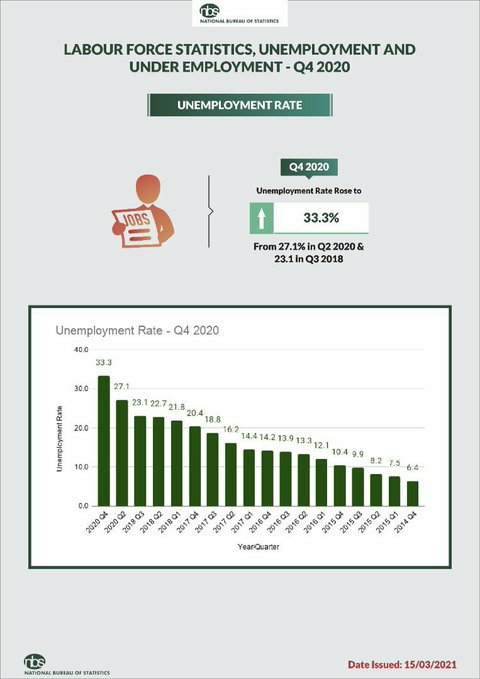 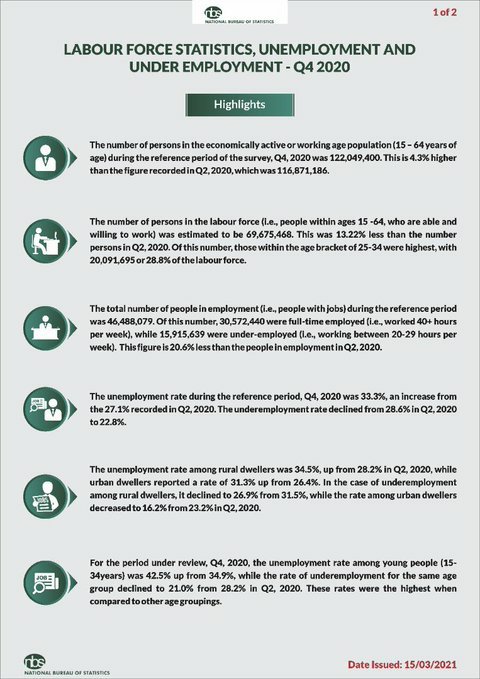 igeria surpassed South Africa on a list of 82 countries whose unemployment rates are tracked by Bloomberg. Namibia leads the list with 33.4%.

Nigeria’s jobless rate has more than quadrupled over the last five years as the economy went through two recessions under President Muhammadu Buhari’s administration.

Experts say the number of people looking for jobs will keep rising as population growth continues to outpace output expansion in Nigeria.

More worrisome, Nigeria is expected to be the world’s third-most-populous country by 2050, with over 300 million people, according to projections by the United Nations.