Omah Lay and Tems are currently topping the Top 100 Ugandan iTunes chart, after they were arrested in the East African nation.

Omah Lay and Tems were arrested together on Sunday, December 13, along side their managers for holding a concert at Ddungu resort in Munyonyo while the country is on lockdown.

The duo were remanded in different prisons till Wednesday, December 16, following their court arraignment at the Makindye Division court in Kampala on Monday.

Despite their arrest, the duo are making waves in the music scene in the Eastern Africa country.

A quick check by LailasNews on the top 100 songs in Ugandan showed that Omah Lay and Tems are dominating the top four space.

This means a lot of Ugandans are streaming the Nigerian act and actually loving the music.

See a screenshot of the chart below; 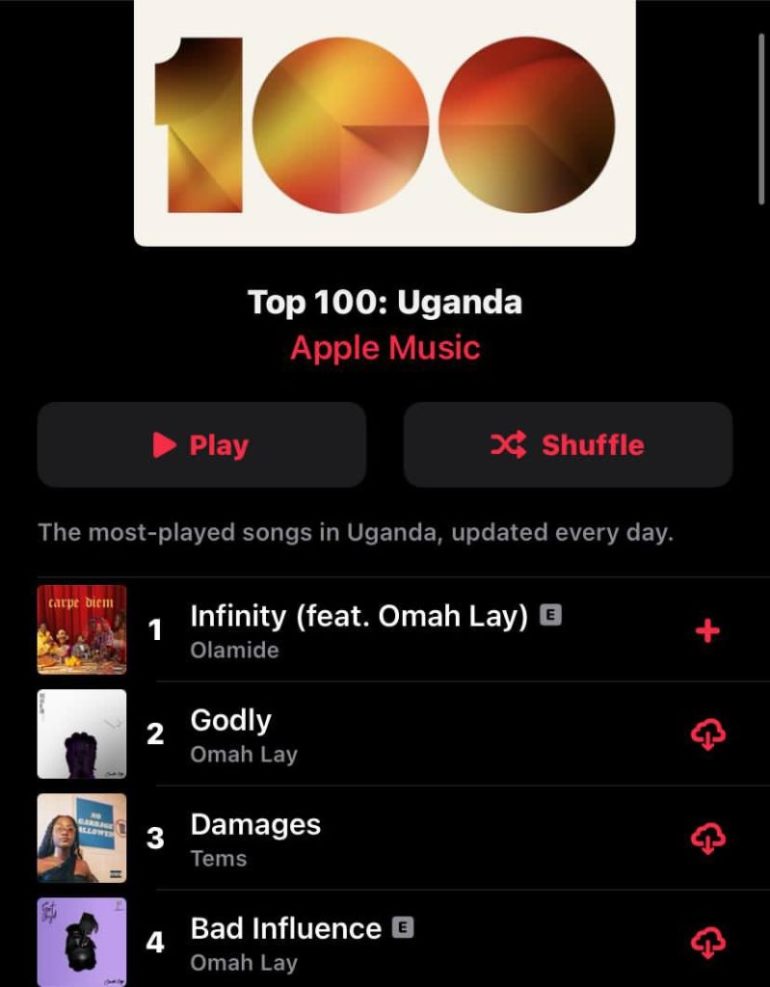