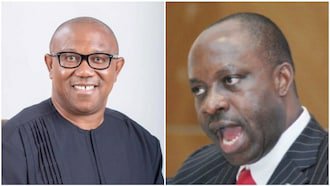 Peter Obi, the Peoples Democratic Party (PDP)’s vice presidential candidate in the 2019 presidential election, has urged security agents to fish out those who attacked Professor Charles Soludo and killed three policemen protecting him.

The incident happened on Wednesday, March 31, in Isuofia, the hometown of the former governor of the Central Bank of Nigeria, located in Aguata local government area of Anambra state.

This is coming a month after the former CBN Governor declared his intention to run in the Anambra State governorship election come November 2021.

Reacting to the attack, Obi who is a former governor of Anambra said on Twitter that political violence should have no place in the state’s democratic process.

“Meantime, security needs to be stepped up, and the culprits fished out and prosecuted to serve as deterrents to copycats.” 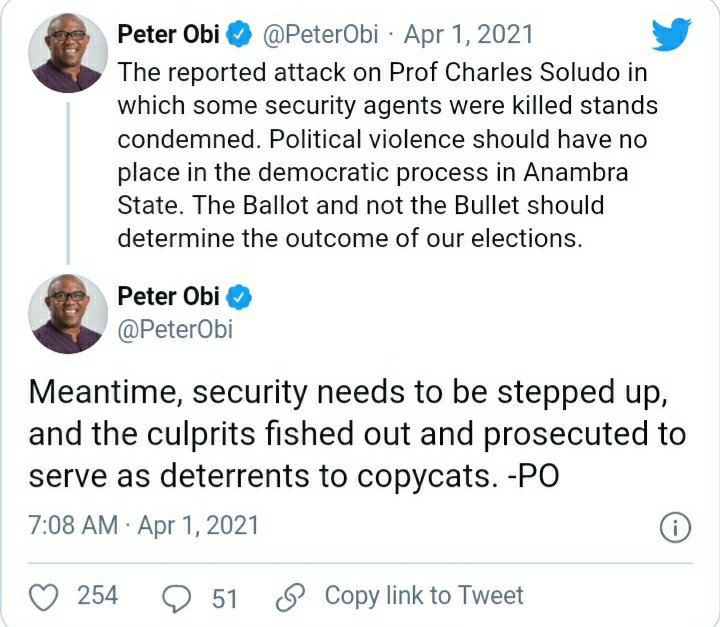 Soludo was attacked on Wednesday by gunmen who stormed Isuofia Townhall where Professor Soludo was having a meeting with the youths of the community.

Daily Sun reported that eyewitnesses at the event said Soludo was safe but his whereabouts were unknown.