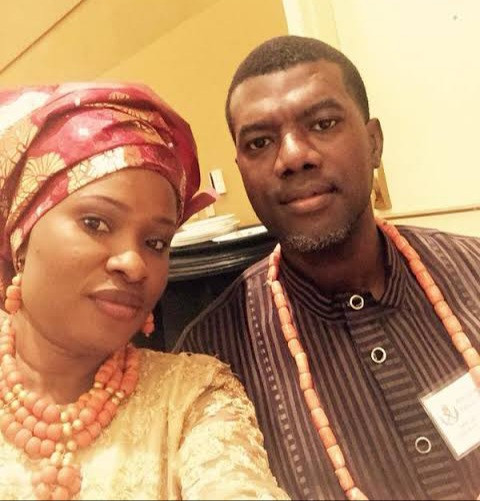 A post on Reno Omokri’s Instagram, that’s reportedly from his wife, addressed a woman who called Reno her crush.

The follower, while commenting on Reno’s post, referred to him as “My crush”.

Reno took a screenshot of the woman’s reply and shared as a different post and the caption was signed off by Reno’s ‘wife’.

In the response, the wife made it clear that she has access to Reno’s social media accounts, reads his posts, and sees all the messages women send to him.

See the response below.

Aww! That is so sweet of you. My husband and I and our four children really appreciate your show of affection.

(I read all my husbands posts, comments and DMs and I love all of his fans that express love for him, including those who DM him nice photos). Mrs Reno Omokri 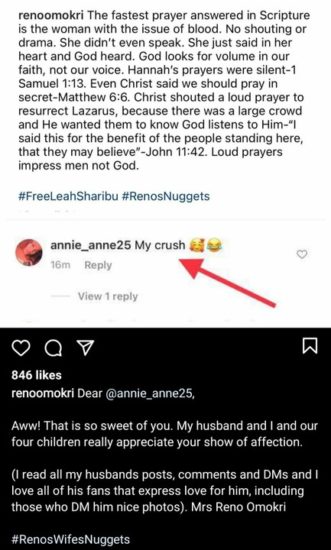 Like Loading...
READ More  Mercy Aigbe gets savage replies after a man groping her in a movie scene went viral
WATCH THIS VIDEO NOW AND SEE