Three notorious bandits, including Zakoa Buhari, the son of dreaded bandits kingpin, Tsoho Buhari, notoriously known as ‘Buharin Daji’ have repented and surrendered their weapons to the Zamfara State Government on Thursday, February 25.

After taking an oath with the Holy Quran in the presence of top government officials, security operatives, and traditional rulers, the bandits laid down their arms, vowing not to return to banditry anymore.

Zamfara, like other North-West states, has in the last 10 years faced devastating attacks from armed bandits. In 2019, the state government entered a peace agreement with the gunmen. 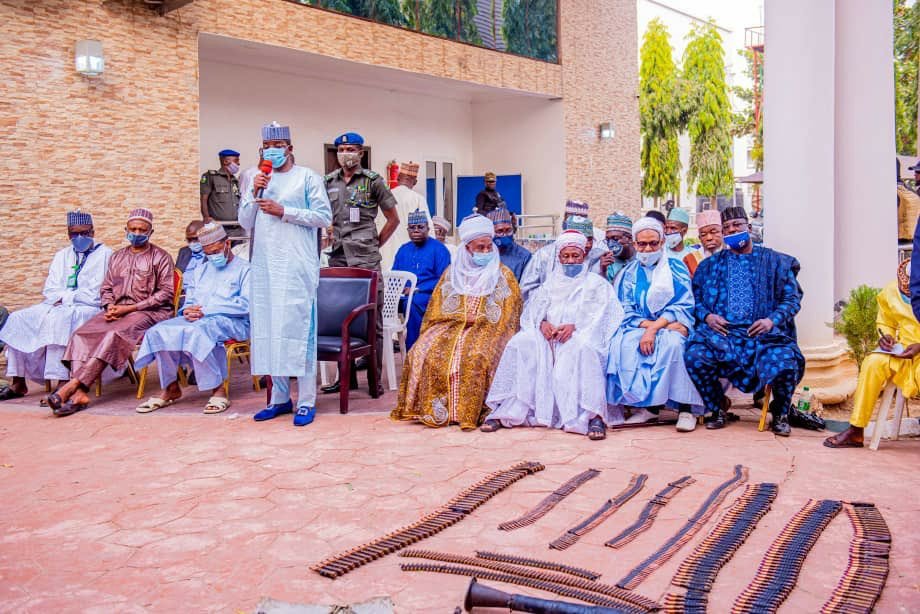 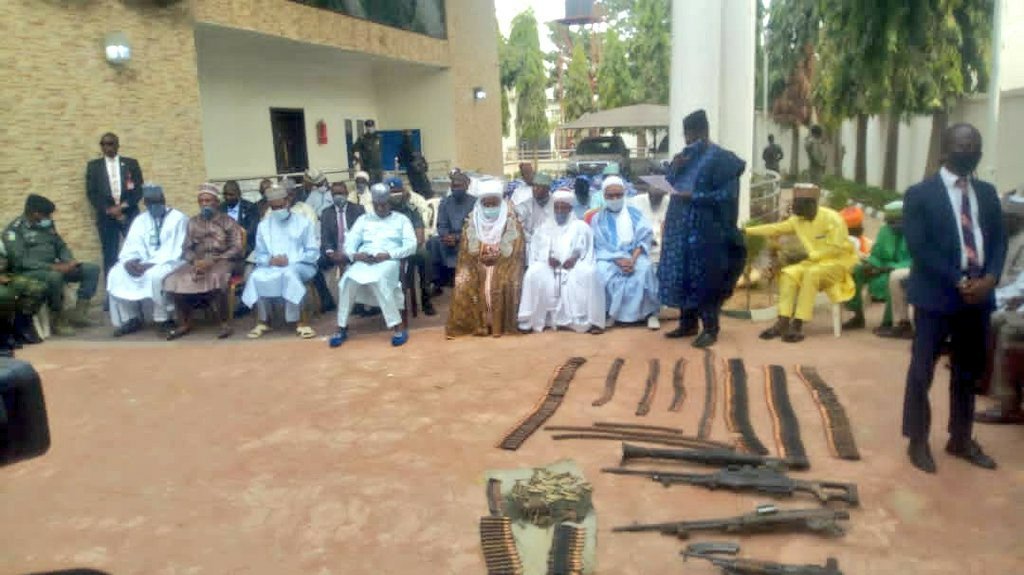 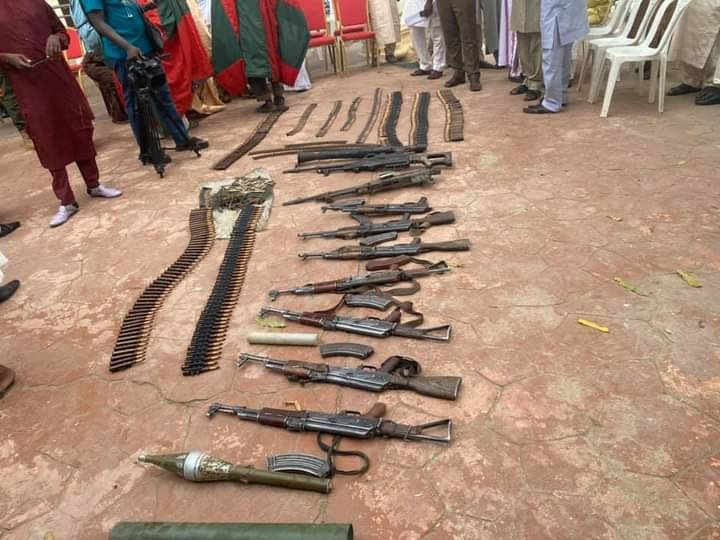 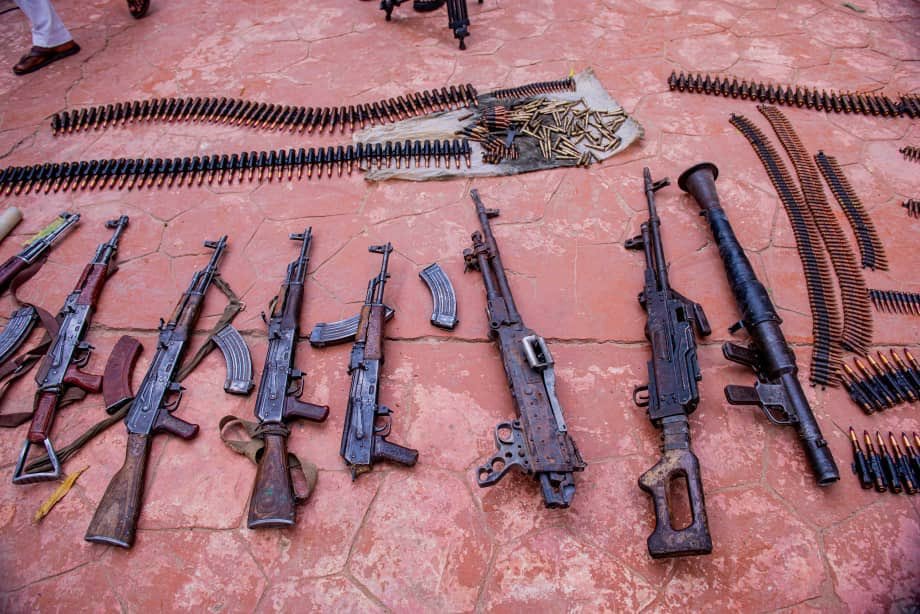 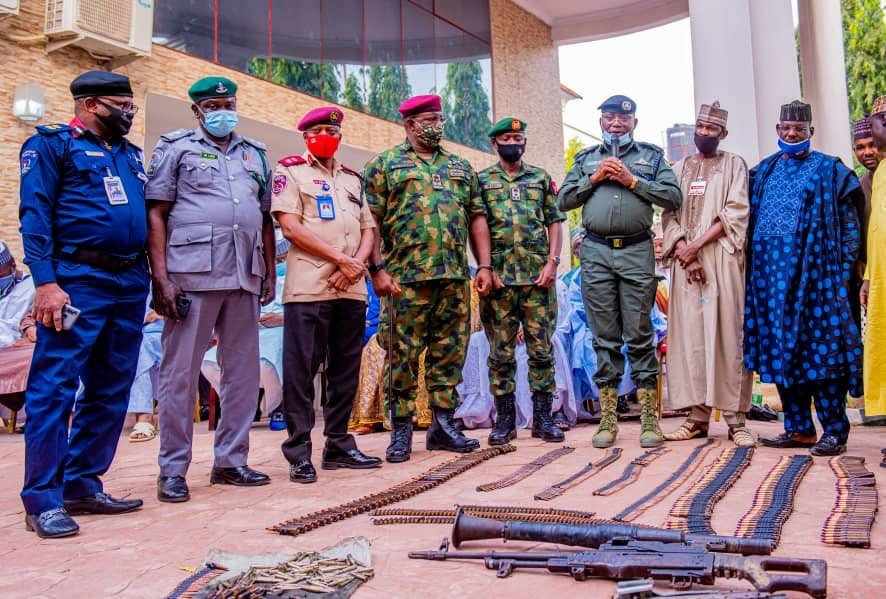 Like Loading...
READ More  Tony Elumelu Shares His ‘How It Started Vs How It Is Going’ Photos
WATCH THIS VIDEO NOW AND SEE