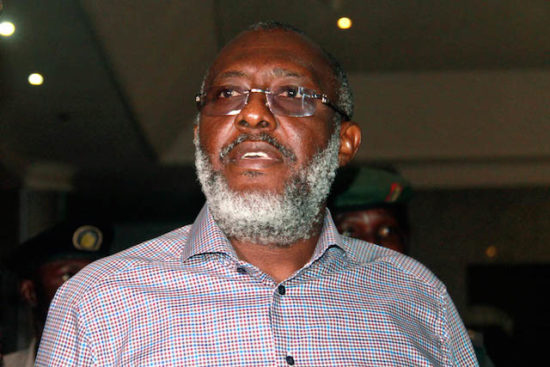 The Economic and Financial Crimes Commission (EFCC) has asked the supreme court to send Olisa Metuh, former national publicity secretary of the Peoples Democratic Party (PDP), back to prison.

Metuh was on February 25, 2020, convicted on seven counts of money laundering for allegedly receiving N400 million from the office of the national security adviser.

Okon Abang, the trial judge, sentenced him to seven years in prison.

However, the court of appeal voided Metuh’s conviction on December 16 on the grounds that the trial judge exhibited bias in the case.

The appellate court also nullified the judgment of the trial court against Destra Investment Limited.

In a separate appeal, the court also quashed parts of the trial court’s judgment which indicted Sambo Dasuki, a former national security adviser.

The court of appeal then ordered Metuh’s retrial before a different judge.

On December 24, Metuh was released from Kuje prison after 10 months in custody.

But the EFCC has filed an appeal hinged on six grounds before the supreme court seeking to upturn the lower court’s verdict.

In the appeal, Sylvanus Tahir, EFCC counsel, argued that the judgment of the court of appeal “occasioned a gross miscarriage of justice”.

Tahir submitted that the appellate court failed to go into the merits of the case as determined by the trial court before making its decision.

The anti-graft commission also contended that the appeal court “erred in law and occasioned a miscarriage of justice by adjudging comments, remarks, views and opinion expressed by the learned trial judge in his judgment as amounting to bias”.

“The comments, remarks, views and opinion of the learned trial judge came after the conviction of the appellant, hence it had no bearing on the merit of the case,” the EFCC said.

“The learned trial judge was at liberty to make remarks and they did not detract from the judicial duties the court carried out.

“The said remarks being merely a passing incidental ‘by the way comment’ did not affect or embody the resolution of the issues before the trial court.”

“An order committing/reinstating the 1st respondent back to the Correctional Centre at Kuje (Abuja) to complete his term of imprisonment.”