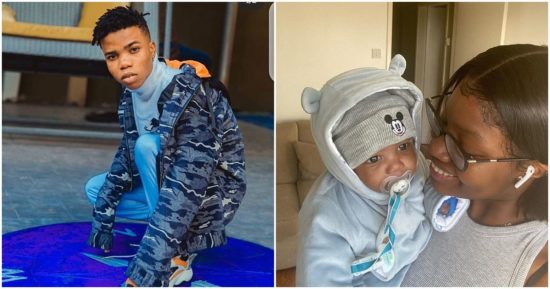 In a question and answer session, singer Lyta’s baby mama, Kemi Ayorinde has disclosed that her baby daddy, Lyta has apologized to her after being dragged shamelessly on social media.

Recall that a few days ago, kemi, the alleged baby mama of Lyta, took to her Instagram account to shame her baby daddy for contributing less to their child’s welfare. She has also claimed that Lyta could not afford N13,000 to buy balloons for their child’s birthday.

While this was ongoing, Lyta had trended for those few days as people addressed him as a deadbeat father.

However, in a question and answer session, Kemi had disclosed that he had apologized to her.

She further reveals that she has no regret for spilling out sensitive information between her and her baby daddy. According to her, if she continues taking the pains and doesn’t speak out, she might die out of frustration. 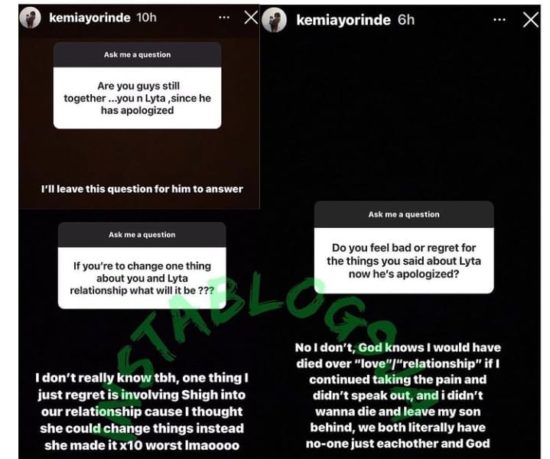 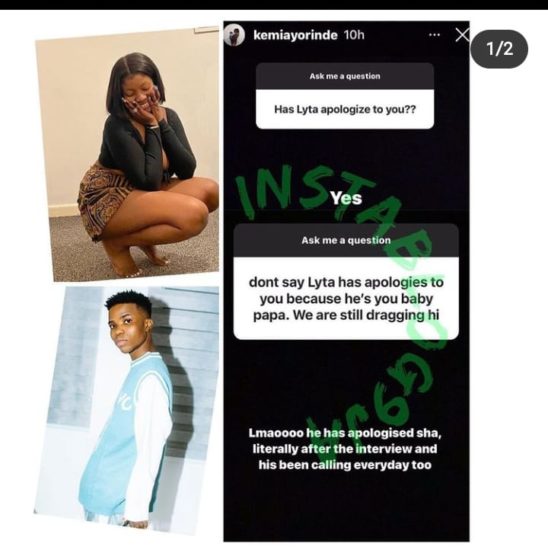 Like Loading...
READ More  None of you will get noticed till I retire – Bobrisky tells upcoming transgenders