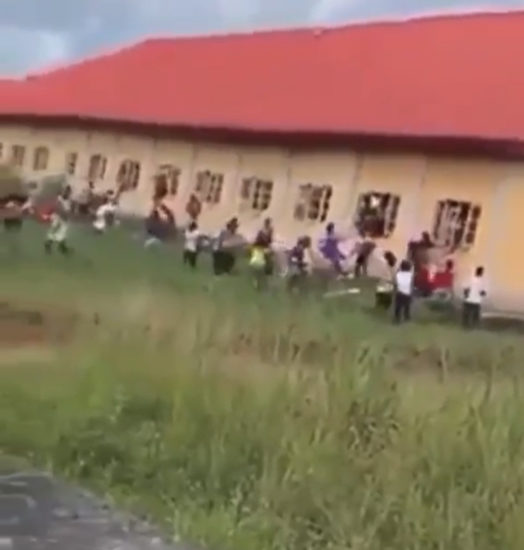 In a video shared online, students of the institution are seen jumping out of the lecture halls through open windows.

The gunmen, said to be cult members, stormed the school premises on Monday morning, May 24.

Gunshots were heard in the Department of Science and Lab Technology and that brought lectures to an end as everyone ran off.

One person allegedly died in the clash and footage of the dead with blood gushing out of his head is circulating online. 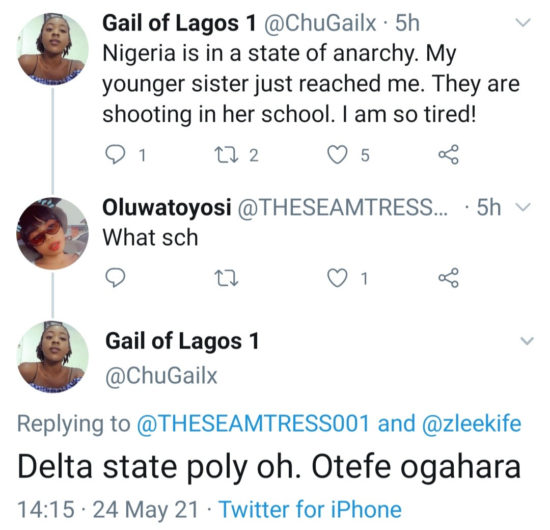 According to reports, the cult clash escalated after a final year student of the Department of Mechanical Engineering was gunned down shortly after his final year exams.

A student named Tony was earlier shot dead and, over the weekend, a noodles seller simply identified as Tallest was also killed gruesomely before the lecture hall invasion and unrest today.

Watch the video below.