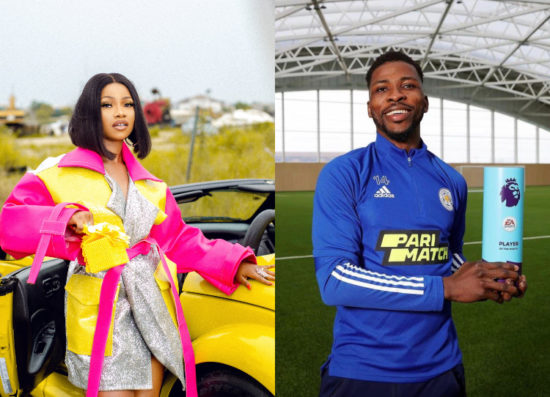 The reality star made this surprising revelation on Twitter when she applauded Iheanacho who is currently signed to Leicester for making Nigerians happy.

According to her, the Leicester striker puts smiles on the faces of Nigerians more than the Nigerian government has done.

She further suggested that Iheanacho became the President of Nigeria.

A nosy fan in reaction to Tacha’s post became suspicious that the reality star might already be having something romantic with the footballer hence her sudden interest in football. 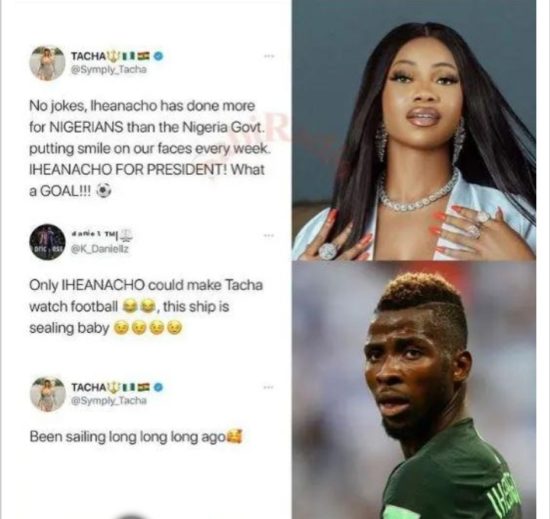