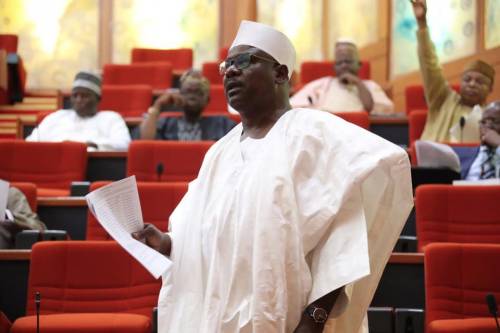 Senator Ali Ndume has said most of arms and ammunition used by insurgents against Nigerians were stolen from the Nigerian military and other security agencies in the country.

Ndume, who represents Borno South in the Senate, added that the terrorists also get weapons from places like Libya and Chad.

“Most of the arms and ammunition they use are the ones they succeed in carting away from the Nigerian soldiers and other armed forces or security agencies,” the Chairman, Senate Committee on Army, said on Thursday during an interview on Channels Television.

“I know they have some small arms coming from up there like Libya, Chad, and all that but the bulk of the equipment they use are the ones they succeeded in stealing from our armed forces.”

Many Nigerians have been calling for the resignation or Impeachment of President Muhammadu Buhari over the growing insecurity in the country.

They have complained about widespread insecurity across the country, blaming the Buhari government of not doing enough or lacking ideas required to successfully tackle the problem.