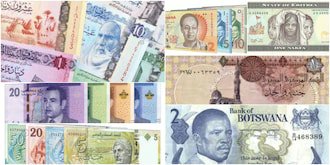 Many people are familiar with some African currencies, but not everyone knows the worth of these notes.

Below is the list of the top 7 countries with the most valuable currencies in Africa.

This is the second most valuable currency the continent of Africa has produced. Tunisian Dinar (1USD – 2.90 TND). Libya is a country in North Africa.

Ghana is a country that has consistently worked on its currency to give it enough value. The Ghanaian Cedi (1USD – 5.75 CEDI).

Botswana has the fifth most valuable currency in Africa. (1 USD – 11.86 Pula). The country, which is in Southern Africa, has a population of 2.3 million people, according to its 2019 census.

The Egyptian Pounds comes seventh in the list of top 7 countries with the most valuable currencies. (1 USD – 15.75 EGP). 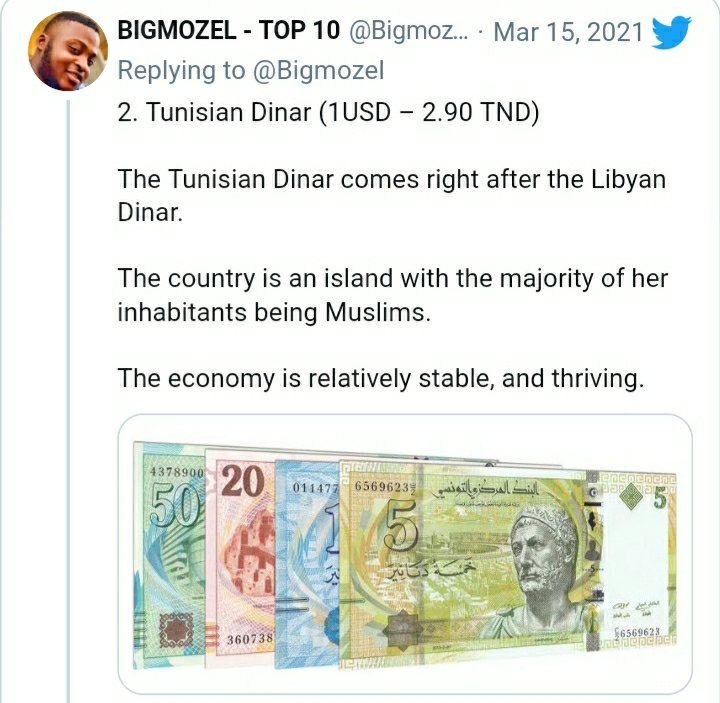 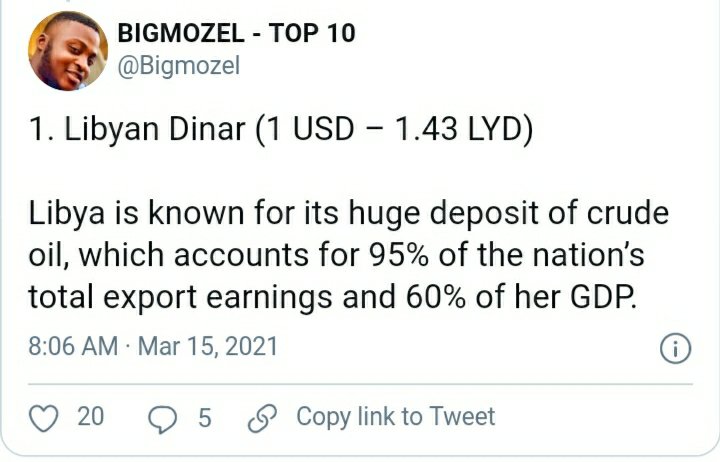 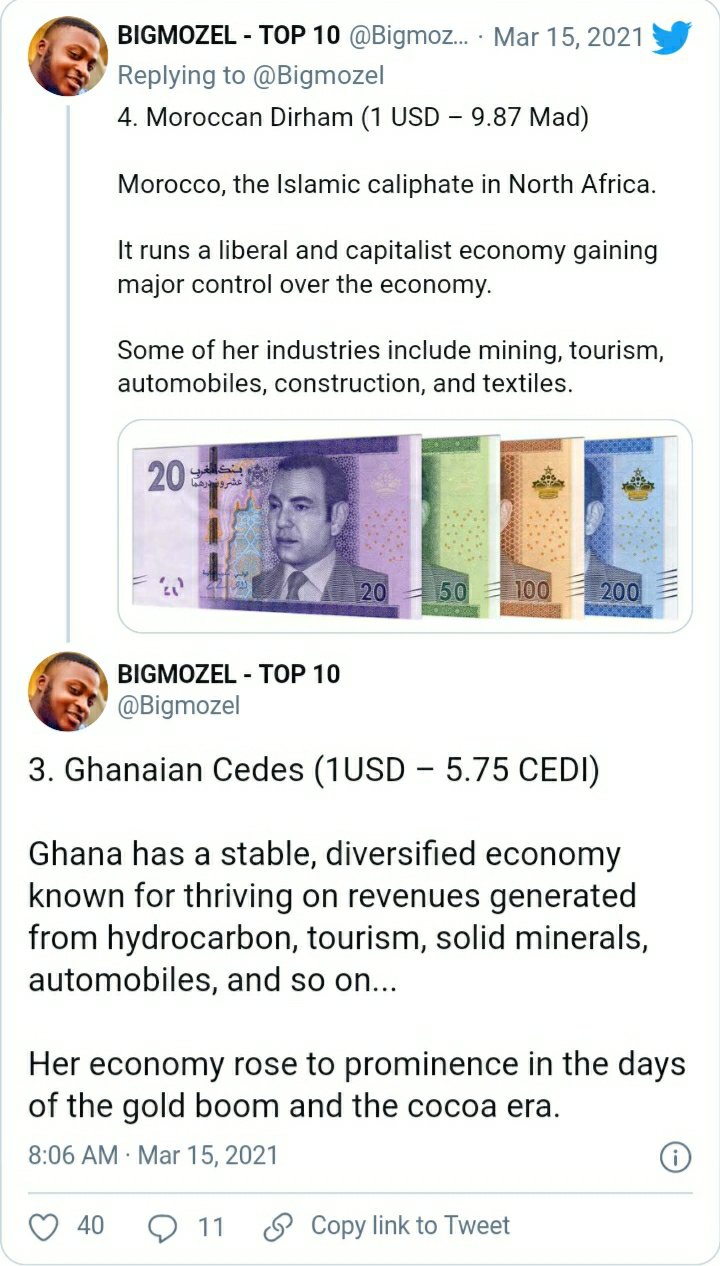 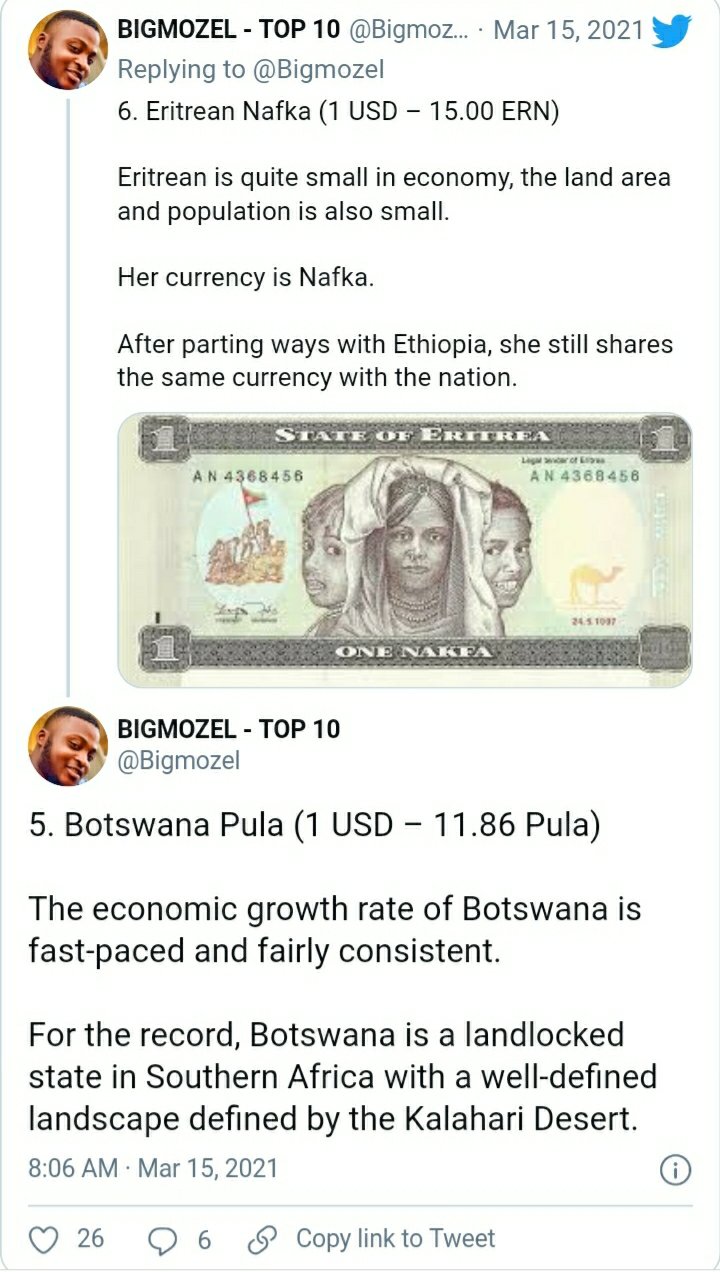 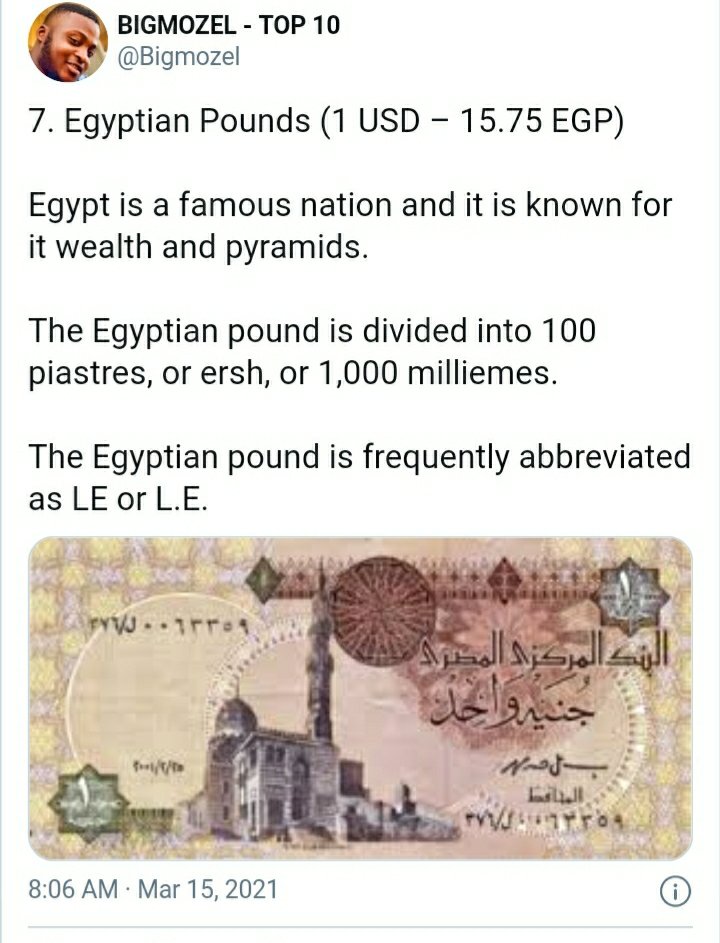 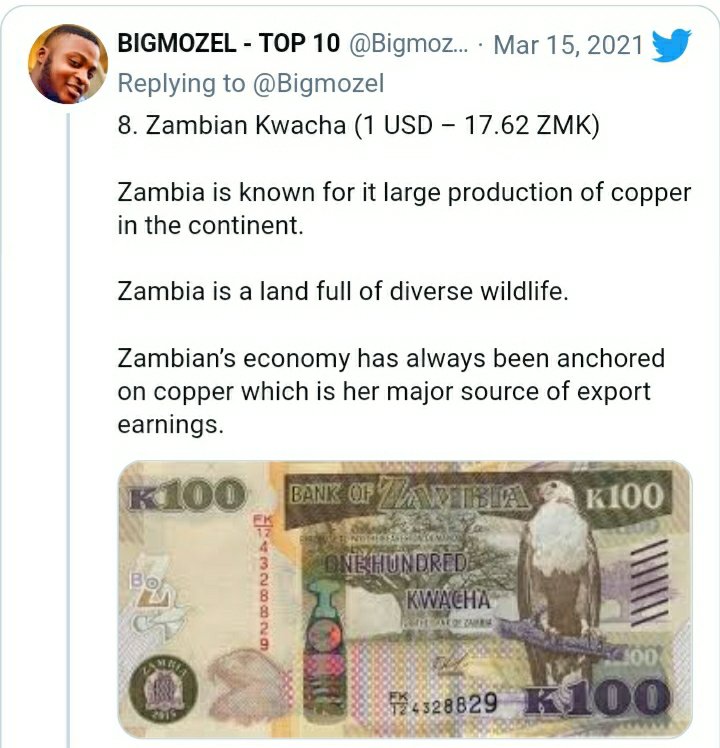